The collapse of the World Trade Center's twin towers compacted the structures' below-ground levels and crushed portions of subway tunnels and utility infrastructure, located below the concourse level of the South Tower. Damaged infrastructure included the water and sewer system, underground trains, the power grid and communications lines.

Although those numbers were compiled in the aftermath of the 9/11 terrorist attacks, it gives us a lot of insight to the danger, stress and hysteria emergency responders experienced that day.

Deployment of emergency responders and equipment was inhibited by traffic, damage, debris and people.

Countless fires burned, with the additional risk of undoubtedly damaged gas lines below the rubble.

Insufficient water for firefighting resulted in drafting water out of the Hudson River.

One plane. Two planes. One collapse… and then another and another. Emergency responders continued to pour into ground zero as the full breadth of the disaster continued to unfold. There isn't a lot of clear-cut information about the utility locators and workers that were dispatched surrounding the 9/11 attacks, but we know they were there.

"Edison Electric Institute President Thomas R. Kuhn commended the utility and its employees for their 'courageous response to the unparalleled destruction of the entire energy infrastructure of lower Manhattan. Con Edison moved into action within minutes of the first attack to ensure the safety of the public, to help police and firemen in the struggle to aid survivors, and then to restore electric and gas service in areas that had not been directly damaged.'" - EHS Today

Our business is traditionally damage prevention, but it's not always that simple. Incidents, outside of reasonable control, happen. Mason Private Locating offers emergency response services in these instances. Our function is to locate and mark known and unknown utilities at the site of an emergency to protect crews, as well as the community. It can be stressful and certainly dangerous, but it's imperative to ensure safety for all stakeholders. However we may hope to never experience such intentional and inexplicable destruction again, emergency response is a service that we are proud to provide our customers and community, when the safety of critical infrastructure becomes vital.

Return to News Home
Next 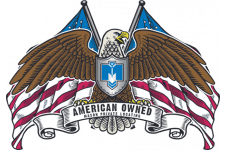